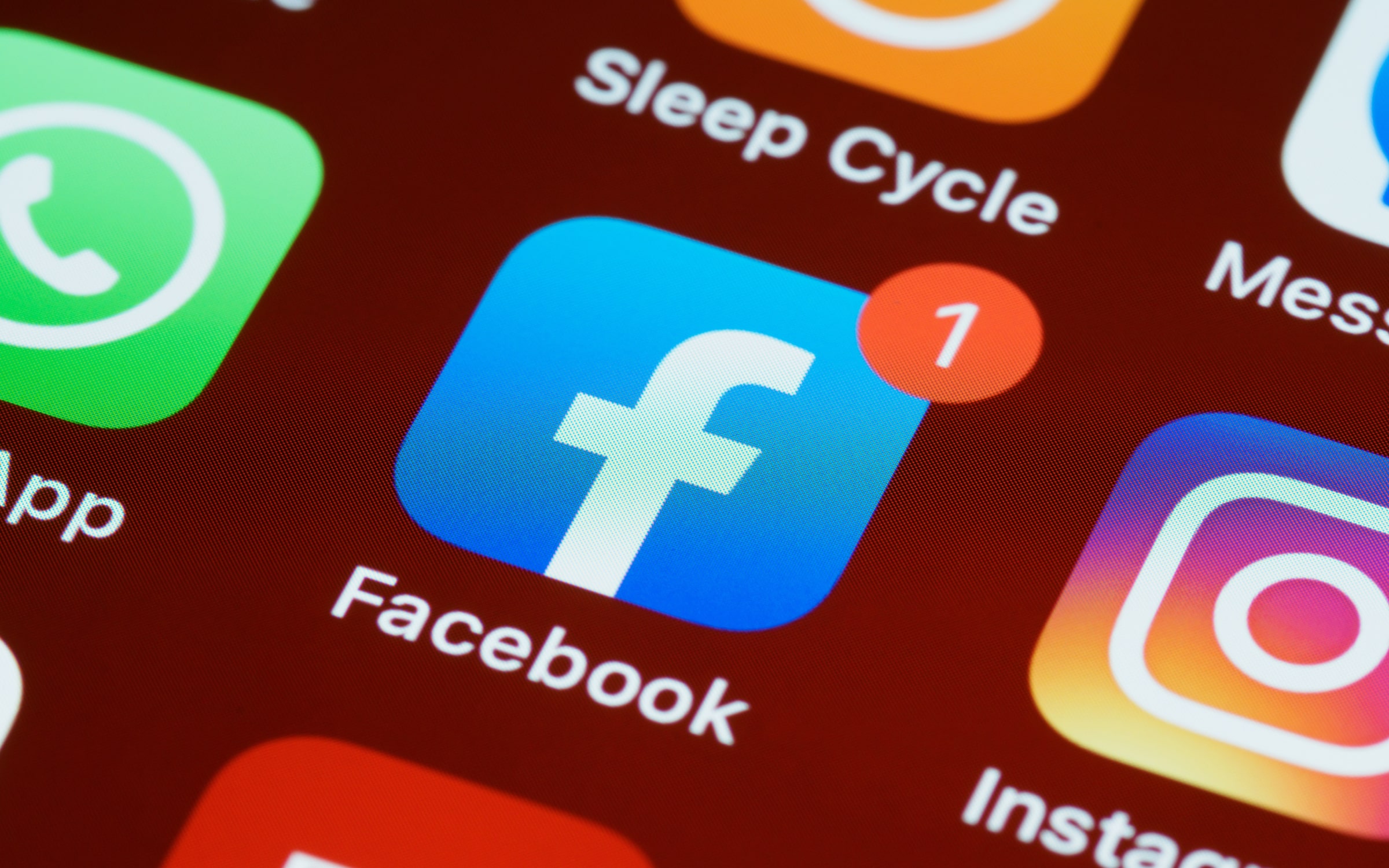 The iOS 14 update has caused some issues in Facebook advertising.

So, in order to be successful with Facebook advertising, there are a few things that you have to consider.

First things first: what happened with the iOS 14 update?

At the beginning of 2021, Apple released a new iOS 14 update that impacted the way advertisers and businesses could reach their audience. The new update required users to opt-in and give permission for an app to track their activity.

Since a lot of ad campaigns target their audience based on how they behave online, ads will become a lot less personalized when the app cannot track the user’s behavior online. In turn, marketing and advertising become less effective.

Marketers were immediately concerned that they would not be able to deliver their ads to the target audience based on activities online. This means that a business would be likely to reach a much smaller audience and receive less accurate reporting.

The new iOS 14 update has not only affected Facebook marketing and advertising, but also other social media channels. Limiting mobile tracking has led to some challenges for businesses that rely strongly on online advertising.

For instance, the impact of iOS 14 has immediately affected earnings on Snapchat: the shares of Snapchat’s parent company Snap fell by 25 % in October of 2021. It reported missing out on earnings specifically because of the new iOS 14 update.

Most businesses who have utilized Facebook ad campaigns and marketing heavily prior to the new update have noticed that they are paying more and receiving less. In fact, many have decided to spend most of their Facebook marketing budget somewhere else to get better results.

On the other hand, the businesses that are still spending their budget on Facebook ads now face incomplete data and shrinking audiences while the CPMs rise. In addition, businesses now have to jump through multiple hoops, like Aggregated Event Measurement, domain verification, and shorter attribution windows.

Top three reasons why the effectiveness of Facebook ads has decreased

The effectiveness of Facebook advertising has ultimately taken a nosedive, and here are the top three reasons why.

The majority of iOS users decide to opt out of tracking, meaning that retargeting audiences are a lot smaller and it is harder for businesses to reach their audience. Also, while using lookalike audiences is an excellent strategy, if the audience is based on a data source, they are not being correctly tracked anymore.

This reduces the quality of the audience and in turn, ad performance.

After the release of iOS 14.5, most businesses have seen big inaccuracies in metrics, such as CPA and ROAS. In fact, one buyer even reported that there was a 57 % gap between sales seen on Shopify and Facebook reports.

Also, real-time reporting is no longer available and receiving data can take up to three days. The conversions will be reported based on the time of the conversions and not the time of the related ad impressions. This causes issues in understanding the sales funnel and purchase consideration cycle.

As Apple limits Facebook advertisers to eight “conversion elements” per website, this provides fewer data points to be used in the optimization process. It is much harder for businesses to track the audience accurately.

Now, your pixel might only optimize and track eight conversion events. This brings challenges to advertisers who operate multiple versions of their website (for instance, visitors from different countries and languages), while it may not have a huge impact on businesses that are only focused on one outcome.

Even before the release of the new iOS 14 update, there were signs that Facebook ads may not have been quite as effective as businesses thought.

In June 2020 when Facebook repeatedly failed to address the vast proliferation of hate, over 150 brands boycotted the platform and pulled their paid social ad spend.

The boycott gave Crimtan.com a perfect opportunity to find out how effective Facebook ads were in the first place. In fact, they published a white paper that thoroughly explained that switching off Facebook ads made no difference in their clients’ sales.

So, even though the new update is making retargeting and reaching the target audience harder, the question remains: is Facebook marketing even worth it?

Facebook is currently working on a solution to the problem and they have published some advice that is directed to advertisers and meant to explain how they can maximize the Facebook ad campaigns. Evidently, Facebook is working on technologies that will improve data protection, but according to Facebook, it is not going to be an overnight process.

Since there seems to be no real evidence that Facebook ads are bringing in significant amounts of leads and income, businesses can focus on building customer lifecycle advertising campaigns that offer incremental results while delivering more new customers and increased sales.

If businesses manage to find better and more effective ways of getting leads and advertising their products, they may not even be willing to return back to Facebook ad campaigns even if Facebook did find a way to overcome the challenges brought by the new iOS 14 update.

Facebook's updates for the new iOS 14: all you need to know

Since Apple started rejecting mobile app updates that do not comply with the set privacy updates, the social media conglomerate Facebook announced some changes to its tracking mechanisms.

Facebook is doing their best to comply with the iOS 14.5 updates, and they have announced the following changes.

How can advertisers navigate the iOS 14 mobile tracking changes?

If you are still adamant about keeping ads on Facebook, there are some things you can do.

While the iOS 14 new update has made advertisers and businesses jump through some extra hoops when setting up ads, it has not been the death of Facebook ads or retargeting. However, it is noteworthy that about 90 % of users opt-out of tracking data.

So, what can advertisers do to make their ad campaigns as effective as possible and navigate through the challenging new mobile tracking changes?

One of the best things you can do is diversify your ad spend. Since the ability to target users based on search intent is better on Google, most advertisers have allocated less money to Facebook advertising and more to Google.

Some money should still be used for Facebook ads, but tracking the success of them should be done in a different way. For instance, advertisers’ best friend, Google Analytics, can track some of the activity in your Facebook campaigns.

3. Use owned data for lookalike audiences

While the new iOS 14 update may have caused some issues with Facebook advertising, using lookalike audiences and retargeting has still yielded results. By using your own data, such as email lists, you can target lookalike audiences.

Keep in mind that not all of your audience uses iOS devices, so old methods of retargeting are not completely useless.

Ad campaigns are not the only way you can utilize Facebook advertising. For instance, you can use messaging to create leads: create a lead-generating chatbot on Facebook Messenger.

There are some options that allow you to retarget users who reach out to your business through messenger and start conversations.

There is also another interesting strategy available that may help advertisers get more leads: the Facebook lead ads (this is an in-app lead form).

While the new iOS 14 update has made Facebook ads less effective, there are still some ways you can navigate through the changes and get the most out of advertising.

How to navigate around the new iOS 14 update

Despite the changes and some challenges thanks to the Apple iOS 14 update, there are some things you can do to navigate around the update and to get as much out of your ad campaigns as possible.

In respect of the Apple iOS 14 update, Facebook has implemented a domain verification for every website. The verification establishes which Business Manager account is authorized to configure, and prioritizes the eight allotted conversion elements for the said website.

If your purpose and goal are to optimize for conversions, verifying your domain is the most essential thing to do to avoid any issues in the future.

Domain verification is fairly straightforward and simple, and you can do it inside your Business Manager account.

This is how you verify your domain:

Review your pixel events and pick eight elements to track

You can have eight conversion elements per domain and they can be set in the Events Manager. So, review your current pixel events and choose eight to track.

While this may not be the permanent solution to running Facebook ads, it can give you an idea of what to expect.

Utilize campaigns outside of the conversion objectives

Use your Google Analytics or website’s traffic tracker to track campaigns outside of Facebook’s conversion elements.

While many consider this new iOS 14 update to be the death of Facebook advertising, there is no need to be quite so dramatic. After all, this update only focuses on Apple users, while there are still a bunch of Android users out there. ‘

Also, although there are still some hiccups and knots that need to be resolved, Facebook is diligently working on improving Facebook ads for advertisers so they can get the most out of their campaigns.

What about other social media advertising?

These issues with Facebook will raise a question about whether or not advertisers should move to advertise on other social media channels, such as Snapchat, TikTok, Pinterest, and others. However, Facebook is better positioned to handle optimization and tracking compared to many others.

So, while other social media channels are attractive options and can even work well for some businesses, Facebook should not be completely abandoned.

The new Apple update iOS 14 left many advertisers and businesses baffled. Many were wondering how to navigate through these new changes and of course, advertisers were upset to see that they are spending more money and getting fewer results.

The main issues are that advertisers are not able to track the audience well, and their reports and analytics are delayed. Also, since most iOS users will opt out of tracking, it makes it harder for advertisers to personalize ads and advertise to the right audience.

The good news is that there are some things that advertisers themselves can do while Facebook comes up with better ways to overcome these challenges while complying with Apple’s new privacy updates.

For instance, the advertisers can use their own website and Google Analytics to track their traffic and visitor behavior.

However, there is still a question that remains. Many have already noticed that there may not be a big difference in sales amounts despite removing or decreasing the amount of Facebook ads: so, is spending money on Facebook ads a waste?

Thank you! Your submission has been received!
Oops! Something went wrong while submitting the form.